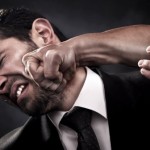 I thought that I’d use one of my friends as an example and show how his choices demonstrate the severity of financial misbehavior in this country and the negative impact this behavior might have on the quality of his life. I want to show him just how easy it is to behave appropriately, and to see if we can’t convince my friend that he needs to shape up before it is too late.

Let me introduce you to this gentleman, his current financial state, and his financial “plan.”
My Friend’s Current Situation
This fellow is 37 years old, 5’10” tall, and is getting a little fat, with his BMI of 29 (almost medically obese). He’s got a family consisting of his lovely wife and 0.54 children, and he drives his 2.28 cars an average of 10 miles per day to and from his white collar job. You might describe him as very solidly “Middle Class.”
His current financial state is as follows:
He brings in about $52,250 per year and has accumulated a net worth of about $56,000 over his 15 year career — most of that net worth is in the value of his $189,800 family home. This averages to a little over $300 in wealth accumulation per month so far in his working career. The little wealth he does have outside of his home is in savings accounts or high load mutual funds that at best keep up with inflation.

My friend is quite fortunate to know the exact age that he is going to live to: he’ll pass on at the ripe age of 77.1 years. To give himself the maximum possible time to enjoy his non-working life, he has developed the following financial plan (astutely recognizing that social security will not be around in its present form when he turns 65 in 28 years).

Related: 6 Lessons My Work Life Has Taught Me About Managing Finances

Here’s his three point plan:
He will stick with his current job and hope that they continue to pay him until his retirement.
He will continue to save at a rate of about $300 per month and invest those savings in funds that struggle to keep up with inflation. Quite by accident, he might actually accumulate net worth at a slightly higher rate as he gets older, but this will only be because of the intricacies of mortgage amortization, which he doesn’t fully understand.
He will attain a maximum net worth of about $185,000 by the age of 72, after a 50 year career, and then enjoy a 4-5 year retirement in which he spends virtually everything he has left.
My friend’s plan doesn’t seem so great, does it? We might even call it a “mean” fate…
What Does This Have to Do With Behavior?
The first thing that jumped to my head was that this guy must be lazy! As a result of his laziness, perhaps he actually deserves this nightmarish financial fortune. But having taken a closer look, I decided that couldn’t be right. See, my friend here is a great employee. In fact, he’s an almost unbelievably hard worker. He is quite literally going to work his tush off for a lifetime total of approximately 50 years, all in a row, and he will average 47 hours per week for the duration of that career.

Somebody is going to get very rich off his dedicated work ethic!

Interestingly enough, my friend is and will be compensated extremely well for that extraordinary service! He currently earns a ridiculous amount of money: $52,250 per year, or about $3,483 per month after taxes. In fact, for the duration of his working years, he will be in the top 1% of global earners!

Here’s the real reason that he will forever struggle with debt, curse the millionaires and billionaires of the world, and be a slave to money for best part of his days and the best years of his life:

He lacks self-control and has thus far failed to intelligently design his life.

This behavior is harshly punished in today’s economy and society, as evidenced by my friend’s regrettable fate. An inability to control expenses and intelligently invest his accumulated assets will inevitably result in a lifetime of servitude to another individual or corporation.
A Lack of Financial & Lifestyle Planning
Here are what I conceive to be the two most egregious examples of my friend’s lack of thoughtful financial and lifestyle planning:
His Housing
My friend owns a property that is valued at almost 4 times his income and net worth. This liability costs him dearly, as he must make a mortgage payment, insurance payment, and perform or pay for any maintenance out of his own pocket each month. This largest single purchase of his life will provide very little financial utility to him.

While he is at least smart enough to own his own house and not remain a tenant, he lacked the foresight to buy a property that would cash flow as a standalone investment property or pay for itself by being partially rented to a tenant. His house will forever be a liability, not an asset. That’s part of the reason why he spent $13,500 last year on housing instead of little to none.
His Commute
My friend’s house is in a lovely location with excellent schools. However, he somehow ignored the most important part of the decision on where to live (utility to himself!), and he lives very far from his workplace, resulting in a devastating monthly commuting cost of almost $600 per month. He drives over 10 miles and 25 minutes (on a good day) to and from work, and for some unknown reason, feels the need to own …read more