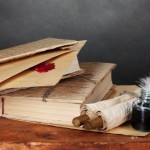 Everyone negotiates for everything all of the time; however, most fail to get anything most of the time. Does this sound like you?

Well, if it does, there are some very good reasons for this, and while this article will require you to extrapolate unsaid meaning and read between the lines — cause Josh doesn’t pay me enough to chew it up and put it in your mouth — you should glean some crucial information underlying the art of negotiation, understanding which will undoubtedly help you in your endeavors.

Negotiation really has not changed very much since the days of Aristotle, that amazing Greek philosopher and logician who is generally credited with doing the most for the establishment of Western logic.

Let’s cover the basics of Greek thinking in broad strokes:

Syllogism: 3 Part Presentation of Argument Based in Fact

Syllogism is a logical structure of an argument which is comprised of 3 elements, namely the Major Premise, Minor Premise, and Conclusion. The basic layout of syllogism is:

Where A is the Major Premise, B is the Minor Premise, and C is Conclusion. The function of the Major Premise is to establish a common foundation and a rapport between the audience and the orator by bringing into focus an idea that everyone agrees with and no one would argue — a fact of truth.

In the above, the Major Premise is: Dogs bark. Everyone knows that dogs indeed bark, and my Major Premise is therefore received as a statement of truth. Therefore, in order to prove that Sladky barks, all I’ve got to do is prove that he is a dog, and to do that I’ll just show you this picture:

Since we know that all dogs bark, and since Sladky is very obviously a dog, that means that Sladky barks. BAM!

The next step is to realize that most arguments are not based in fact, but are rather opinions, or perceptions of fact. Therefore, we have to somehow bridge the gap between facts and perceptions, and the way we do that is with something Aristotle termed “Enthymeme.”

Enthymeme: 3 Part Presentation of Argument Based in Perception of Fact

Enthymeme is nothing more than a syllogism which uses perception of fact as the Major Premise in lieu of an actual provable scientific fact.

My argument – this is the point I want to prove: Ben Leybovich is creative and knowledgeable!

Enthymeme: (B) Ben Leybovich has bought 7 multiplexes in 7 years, using no money down, and even with 100% financing, they are still cash flowing $4,000/month.

BAM – Done! You are all convinced the Ben Leybovich is creative and knowledgeable – just like that.

Seriously – my Enthymeme is supposed to consist of A, B, and C; the Major Premise, Minor Premise, and Conclusion. However, I only provided you with B, the Minor Premise… what gives?!

That’s the thing… we are dealing in perceived truths here. I know who my audience is made up of – real estate investors. Do I really need to convince real estate investors that buying cash flowing apartments under 100% financing requires brains and creativity? No, I do not; in fact, this is a point that doesn’t even need to be verbalized by me. It is engrained in your consciousness.

I played you like a fiddle, which is something I’m pretty good at in more ways than one…

Ok, I could tell you much more, but then you’d be dangerous. Besides, it’s almost 11:00 p.m. This is more than enough information to get you thinking in the right direction. This information is somewhat actionable, though in order to really understand how to get people to agree with you, which leads them to doing what you need them to do, you must read between the lines.

P.S. If you are wondering how come I can get 100+ comments on an article seemingly whenever I want to, there’s very little magic to it. I just gave you the answer…sorta

What do you think about this piece of Aristotle’s philosophy? How would you apply it to your real estate investing endeavors?

Let’s have some philosophical real estate debates below!

The post Become a Master Influencer Using This 2,000 Year Old Negotiation Technique is property of The BiggerPockets Blog. and is Copyright © 2014 BiggerPockets, Inc. All Rights Reserved.

Real Estate Negotiating 101: How to Talk Your Way to a Deal Fearlessly