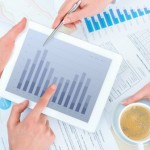 A couple weeks ago, I was fortunate enough to attend a mastermind group that I often frequent in Dallas, TX, and I had the pleasure of hearing Jerry Tuma, author of From Boom to Bust, and Beyond, speak. Jerry is an investment advisor who frequently speaks on the economy and investment markets.

I’ve recently read his book and found it quite validating, as I believe certain trends and economic indicators can shed a significant amount of light and can help one hone their investment strategies when it comes to real estate investing.

Related: Is Now the Time to Buy? How to Determine if Your Market is Worth Buying In

Normally, when it comes to collecting or analyzing a lot of economic data, the task can be quite overwhelming. It’s just like trying to predict who will be the next president or what political party will impact the future environment.

But as Jerry states, there are some things we definitely know, such as the number of people who were born in a particular year.

So let’s start there…

Jerry also discusses data on peak spending habits from Harry S. Dent, which shows that people’s biggest spending years are in their mid to upper 40s on average. For example, the peak age for spending on housing is age 44.

So, by just adding 44 years to the end of the baby boomers (approximately 1961) you can quickly see that the largest group of homebuyers in US history was leaving the real estate market around 2005. As Jerry Tuma quickly points out, many people want to blame a lot of things on the economic markets in the past meltdown, but the number one driver appears to be the decrease in the number of homebuyers.

Did the real estate market place create an oversupply of inventory? Absolutely.

Many people participated in the real estate market frenzy prior to the bubble collapsing, but it is interesting to know the role demographics may have played as well.

After the baby boomers, we had a dramatic decline in births in the US. Maybe it was due to the sexual revolution, feminism, birth control and abortions, and higher divorce rates, but we saw a decline in births for approximately the next 10 years, and when you add 44 years to this, it brings you to the period we’re in right now — a decline in the real estate market. To be quite honest, I think this is more than sheer coincidence.

So, based on what we know, the next time period for an increase in births is from about 1978 to 2003. This may very well predict the next boom real estate cycle. When you add 44 years to those two time periods it looks like between 2022 all the way to 2047 could theoretically be the next upward real estate market trend.

Sure, things like lifestyle and buying habits could change. Maybe due to large student loan debts, people will wait longer to buy houses. When I was younger, people were moving out of urban areas to the suburbs. Today we are seeing many people moving back into the cities. Maybe the household makeup will change too.

Let’s not forget that real estate markets are very localized, and jobs have a lot to do with the real estate environment as well. Being from Pennsylvania we’ve seen jobs and people leaving the state. According to the U.S. Census Bureau: State and County QuickFacts, Pennsylvania’s population growth from April 2010 – July 2013 was only an increase of 0.6%, compared to a national average of 2.4%. I travel a lot, and I see states like Texas, for example, where real estate and jobs seem to be booming compared to Pennsylvania.

What I’ve been saying is know the data in your market.

Are you in an area that’s increasing or decreasing in population and jobs?

Is the market going to be geared towards renters or buyers?

I truly believe the more information we have, the better decisions we can ultimately make.

For me, I never really looked at demographics. Now, some of my portfolio has flat rentals, and it’s difficult to sell property, and this is largely due to population and job decrease in the area.

It’s a lesson learned. In the future, I’ll be more strategic when I’m purchasing a rental. I’ll try to buy in an area that not only has a good school district (which I’ve always looked at), but also has an increasing population and job growth.

So, what role will demographics play in your real estate investing decisions?

Tuma, Jerry. From Boom To Bust And Beyond. Florida: Excel Books, 2009.

The post Demographics: The Telling Real Estate Indicator You Should Analyze Before Investing is property of The BiggerPockets Blog. and is Copyright © 2014 BiggerPockets, Inc. All Rights Reserved.

9 Great, Practical Gift Ideas for the Real Estate Investor in Your Life

The Rewards of Commitment: Why You Should Learn to Do Your Best With the Skills You Have