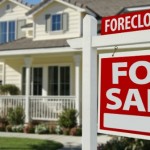 Home foreclosures may feel like a bad nightmare from the past — something you recall every so often, but you push the thought out of your mind the first chance you get. The housing crisis in 2008 was a scary time for many investors, and with home prices rocketing up across the country, the foreclosure era may feel like a blip on the proverbial radar. I’m an admitted contrarian, but I do think that eventually home prices will plummet again, and I think it will represent an opportunity for investors to buy distressed homes at discounted prices. Understanding the foreclosure process will help you capitalize on the opportunity if (in my opinion, when) it happens again.

California, as I mentioned earlier, is a non-judicial foreclosure state, which means that the auctions for the sale of the properties don’t have to go through a court process. Instead, the foreclosure process is carried out by a trustee who oversees the process for the lender, also known as the beneficiary, from a fiduciary perspective. The entire foreclosure process in California can take months and even years. The longest timeline from the moment a borrower became delinquent in their payments to the moment they were evicted from the house that I have heard of is four years. The person literally lived, without paying mortgage or rent, for four entire years between their last payment and being evicted. If only I were so lucky…

The Foreclosure Process
Notice of Default

The foreclosure process in California starts by the borrower not paying the lender or beneficiary. Once the borrower doesn’t meet the terms of the loan, then the lender can post a notice of default. The notice of default starts the pre-foreclosure process by creating a public record of the fact that the borrower is in default. The borrower then has the opportunity to make good on their deficit by negotiating a loan modification or simply making the payments. After a certain amount of time with the borrower not making good on the loan terms, the lender can then post a notice of trustee sale. As I mentioned before, foreclosure sales in California are conducted by the trustee company (of which there are quite a few) in a public place, which usually ends up being the county courthouse steps. After that, the lender will set an auction date for the loan on the property.

The sale date of a property can be postponed or canceled. A postponement is very common, as the borrower can easily have a non-profit lawyer employ various stalling techniques. Properties can usually be postponed for up to a year. A foreclosure cancellation means that the borrower is now current with their payments or has worked out a loan modification. If the borrower becomes in default again, then the process starts over from the beginning.

Once a property goes to sale, there will be an opening bid, which is basically the minimum amount the bank will take for the property. Opening bids can be posted before the sale on the trustee’s website. There is no guarantee that the opening bid will come out more than a few seconds before the sale, however. Oftentimes opening bids are not announced until the moment the property goes to sale. An opening bid can be for any amount that the trustee decides. One possibility is a total debt bid, which means that the opening bid is equal to the amount of money that the lender is owed. Generally, no one bids on a total debt bid because that bid amount is greater than the value of the house. If it wasn’t, then the owner would have likely tried to sell it to make some money because they would have had some amount of equity. Another possibility is a specified opening bid, which is where the beneficiary, or lender, decides to start the bidding at some number that is usually less than the amount owed to them. I have seen specified opening bids go for as low as $1.

The auctioneer is the one who announces the opening bid, whether it has been posted prior or not, and the auctioneer works for the trustee. Auctioneers are not paid well, but they have an enormous amount of discretion and power. Once the opening bid is announced, the auctioneer will ask, “Are there any further bids?” At this point any investor, including the lender himself, can bid on the property with a bid of at least a penny more.

Hopefully you are still with me at this point. If it sounds like a confusing …read more

Demographics: The Telling Real Estate Indicator You Should Analyze Before Investing