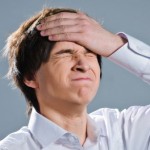 I like to stay as positive as possible, but that does not mean I do not think about my mistakes and learn from them. I have made many mistakes in my real estate investing career, and each of them has taught many lessons that have made me a better investor.

I think many people are afraid to take the plunge and buy a property or invest in a real estate deal because they may make a mistake. We all make mistakes, and the more mistakes we make, the more we learn! I have learned a lot over the years.

The biggest mistake I made was trying to fix up a flip myself without a contractor. I thought I would be saving money by doing all the work, but in the end, I lost a ton of money because it took me so long to do the work. I didn’t know what I was doing, and I lost a lot income because I spent so much time on the flip; I did not have time to sell real estate.

The house I tried to fix up was about 100 years old and needed new windows, doors, paint, carpet, kitchen cabinets, counters, appliances, lighting, texture work and much more. I think it took me almost 6 months to do the work, and that was after having some contractors help me with the big jobs. I had my worst year ever in real estate because I barely made any money on the flip, and I made no money selling houses or on other flips.

I learned a lot from fixing up that house. I learned how to complete many repairs on houses and what it takes to do certain jobs. I also learned that I should never do the work on a flip or rental property again because my time is so much more valuable doing other activities. I also learned that even though contractors will cost more than doing the work yourself, they make up for that cost in the time they save you.

Another big mistake I made was buying a fix and flip at a foreclosure sale for too much money because I did not have many flips going, and I needed a project. My max budget going in to the auction was $190,000, and I bid up to $200,000 when it was all said and done.

I thought I still had plenty of room to make money, but things did not go as planned. For one thing, I could not see the house before I bid on it, and I assumed it would be in better condition than it was because it was in a nice neighborhood. I also assumed it would have a finished basement because of the age of the home — and almost every house in the neighborhood had a finished basement.

It turns out the house had been smoked in for years, and the basement was unfinished. It needed about twice as much work as I assumed it would need, and I had already bid more than my budget allowed for. In the end, I lost money on the flip, which had only happened one other time in my career.

I have since stopped buying at foreclosure sales, not because of this deal, but because of the increase in prices at the sale. I learned some very valuable lessons when I bought this flip and lost money on it, including:

Don’t bid more or offer more than what the numbers say you should offer. I let my emotions get the best of me, and it cost me a lot of money and time.
Don’t assume a home is in average condition or has amenities if you are not sure. I thought the exterior of the home and the neighborhood suggested the home would be in better shape than it was, but I was wrong, and that cost me. I should have remembered that people who lose their homes are usually not motivated to maintain their house, and it doesn’t matter how nice the neighborhood is. In fact, the nicer a house is, the more it will cost to repair because the buyer will expect higher end finishes.
I’m a Better Investor for it

Even though these two mistakes cost me thousands and thousands of dollars, they saved me much more money in the long run. I learned how to improve my business and how to make more money. If I had not made these mistakes, I may have made even bigger mistakes in the future or gotten stuck repairing flips myself and making much less money.

I had ten flips going at once earlier this year, which I could not have done without using contractors.

If you’re worried about making mistakes and feel you can’t pull the trigger, remember: the more mistakes you make, the more you will learn and the better investor you will become.

For the experienced investors out there, what is the biggest mistake you have made?

Let’s share our worst mistakes (and lessons learned) in the comments section below!

The post Here’s the Worst Real Estate Deal I’ve Ever Done: What’s Yours? is property of The BiggerPockets Blog. and is Copyright © 2014 BiggerPockets, Inc. All Rights Reserved.

Real Estate Insurance 101: How to Best Protect Your Investments

Newbies: Here’s What You Have to Offer to a Potential Real Estate Mentor