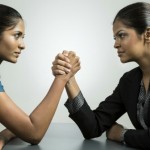 If you do as much direct mail marketing as I do, you will inevitably run into a situation where you are not only competing against other investors for the deal, but realtors as well.

I have nothing against realtors — in fact, I am one myself — but I always try to operate within the client’s best interest. But let’s face it, sometimes as an investor, realtors will be your competition.

Now, I don’t go around blindly making a ton of low ball offers to see what sticks. I evaluate every potential deal based on the needs of the client. This particular home had been left vacant for some time. The homeowners had put off a bunch of repairs — and eventually months turned into years. This was because in their elder years of retirement, both parents suffered from severe forms of dementia and were now living in an assisted living facility. The siblings both had power of attorney over their mother who was still alive, but the father had passed away a few years ago.

While I was on the way back home from another appointment, I received a call from my lead generation website. I had a casual conversation with the brother who was out of state and lived in North Carolina, and to be honest he didn’t sound very motivated. He notified me that a family friend would be at the property that day interviewing real estate agents and investors alike to help make an informed decision on what to do with their parent’s property.

Related: The #1 Reason Newbie Investors Fail to Close Deals (& How to Fix That)

I told him we could pay that, take care of the closings costs and be ready to go in two weeks or less. This would be a great alternative to listing the property on the MLS – crossing your fingers and hoping that it sells. Competition is very stiff here amongst realtors, especially in the Dallas-Fort Worth Market. I figured I might see a few real estate agents and maybe one or two investors; this was more like an amusement park attraction. When I pulled up to the house, there were cars lining the sidewalk and driveway, people were walking in and out of the house, surveying the front yard, walking on the roof. It was a madhouse.

Before I tell you the rest of the story, let me give you a little more back story on why this area is so desirable. This is a house in what once was a luxury neighborhood, with 1960’s to 1970’s construction, most on acre lots. Certain phases of the subdivision have started to go downhill as the neighborhood has aged, but now this area has become a hotbed for investors flipping houses, and the neighborhood has slowly but surely begun to transform back to its former glory.

Unfortunately, this neighborhood is notoriously known in our market for the soil type it’s built upon. Because of the soil the houses were built on, foundation issues have been very common, especially if there was deferred maintenance (as was the case with this house). And this house was no exception. There was probably a 2.5-3 inch drop and incline on the East side of the house. The scary part was, this dip in the foundation was right over the kitchen area, and utilities had been off for quite some time — and who knows if the pipes would burst after the house had been lifted.

The house itself, besides the foundation issue, mostly just needed a little care. There was an add-on to the house in the back that I frankly wasn’t sure was worth repairing, and I considered tallying up for a tear down. In fact, some of the other investors at the appointment began to back out right away; maybe they were not experienced enough and were having trouble imagining what the house would look like when it was all fixed up, much like buyers.

Now let’s rewind back to the appointment. Like I said, this place was a madhouse — I think I counted over a dozen individuals there. Some were agents, others were investors, but I’m not sure what exactly the split was. Despite what everyone else was doing, I focused my time on building a relationship with the family friend who was at the house on behalf of the brother. I got her to start talking about the parents that used to live there and how the father used to be a well-respected electrical engineer who worked for Bell Helicopter before he retired. And how the mother was an artist of sorts who spent a lot of time working with charity and opening art galleries across North Texas.

We started to connect, and really, we ended up talking about all sorts of things that had nothing to do with the house. In the meantime, while we were walking around the house sharing these personal stories, the occasional realtor or two would come in and try to intervene with a hard pitch: “We can get your house top dollar,” etc. You know how that it is, especially after you hear it over and over — you just start to tune it out.

The family friend just politely nodded to the competition as we continued our conversation. At this point, I still wasn’t sure where I needed to be at, numbers-wise or if this property would even be mutually beneficial given the sellers’ situation. Even worse, some of the realtors, based on what I overheard, were doing the typical “tell the seller what they want to hear” (instead of what they NEED to hear) in order to secure the listing. It’s a pretty sneaky tactic that I absolutely despise. The sellers’ situation was sensitive; the last thing they needed was for the house to sit on the market for another 30-60 or 90 days before the agent …read more