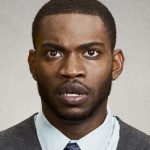 This is not a criticism against any of you who are new to the business, but as of late, there have been a lot of fake “investors” floating about. I am not sure whether it’s because the moon is in a different phase or if it’s simply that time of year, but more and more “investors” are starting to make their way through the woodwork. Or maybe it has to do with all of those seminars I keep hearing on the radio. Whatever the case, for those of us who actually do this for a living, it can be a frustrating experience. These fake investors are coming along and making promises that they cannot fulfill. I am not sure if it out of ignorance or just trying to string the seller along. Again, this is not a dig at anyone new here — especially not against wholesalers, who seem to receive a lot of hate for some reason. This definitely does not apply if you are new and have all intentions to build your business on the foundations of honesty and integrity. Just wanted to put in that disclaimer before I proceed. Related:

The seller who had called me off contacted me based on one of the post cards that I had sent him. On the phone he mentioned that he had received “many” other cards in the mail and was probably going to be meeting with a few other investors as well. I told him, “No problem, take your time,” and we scheduled a time to get together. Related: So You Want to Be a Wholesaler? Here’s What NOT to Do The property had been vacant for several months at this point, and it used to be a rental. But after some problems with the last few rounds of tenants, he was ready to throw the towel in and cash out. It had probably been almost 6 months since he had seen the house at this point. Unfortunately for him, since the last time he had visited the property, someone had broken in and stolen the A/C condenser. Not only that, but the house dipped in the front pretty significantly and was going to need some piers to correct. Not to mention the interior of the house was trashed… whatever happened between him and the last tenant must not have ended well. There was holes in the drywall, the fridge was all banged up and several of the kitchen cabinets were about to fall off their hinges. After tallying it all up, it was probably going to be about 20k in repairs, and the comps in this neighborhood were not too great either. For similar housing down the street and within the subdivision, it was topping out at a conservative ARV of 95. I decided to make my offer where it needed to be, and the seller kind of looked confused. I had earned his trust, but he looked like he was expecting quite a bit more. I thought maybe I didn’t present my case as to why my offer was what it was clearly enough, so I walked him through some of the comps in the neighborhood, as well all the items that needed repair. As it turned out, several other “investors” had already been through the house, and the seller had offers in the 85k range.

Whispers in My Ear

I get a call back a few months later. It turns out in that time, the seller had inked THREE other contracts with other “investors” that had all fallen through. He begins to open up to me and talk about the experience. A lot of these other investors came in and offered a price that he just simply could not refuse. The problem is these “investors” probably received some weekend seminar level of training and were now hitting the streets and mailing these people. These types of folk make our industry look bad. They have no idea how to determine ARV, repairs or subsequently where their offer should come in at. One thing that I have started to do in addition to educating the seller on price and repairs is to make sure that anyone who makes an offer on their house has the proof of funds to back it up, just to help protect them. In addition, I have also started incorporating video testimonials in my business, and I have started using that on appointments to help build rapport. Some of these families are really in a bind and facing sensitive situations; the last thing they need is someone coming along and stringing them along in their time of need. Again, if you are new, hang around here on BP. Ask questions, learn how to do this the right way, and it will pay many dividends in your future. Have you guys run into anything like this on your appointments? Let’s discuss in the comments!

The post Newbies, Want to Break into Real Estate? Above All, DON’T Do This is property of The BiggerPockets Blog. and is Copyright © 2014 BiggerPockets, Inc. All Rights Reserved.

The $30k Rental Property: How to Finance & Profit From Cheap Real Estate

Snowboarding is JUST Like Real Estate Investing: Here’s How