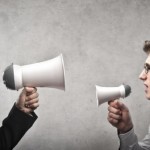 BiggerPockets is the ultimate anti-guru platform: we hate gurus, and we don’t miss an opportunity to bash them. Even I get it sometimes, and I am only a mini-guru, according to Josh.

What is a guru? Who is a guru? There are lots of opinions, but no one quite knows – perhaps Josh does, but this is a closely guarded trade secret that we’ll never fully know the answer to. The basic premise, however, is simple: deliver more value than you take, and you are not a guru; take more than you give, or promise more than you can or will deliver, and you are a guru – not hard, and who could argue?

I guess the reason I am only a “mini-guru” and most people here accept me (besides the fact that I am so damn good-looking) is because I am out there practicing what I preach, and I take contribution to this community seriously to the point of willingness to stick my neck out, saying things that others might think, but do not say.

Do I Overdo it?

I spent a few days last week in Arizona with a good friend of mine, Serge Shukhat, of BiggerPockets Podcast 60 fame. I was there because Brian Burke, of Podcast 3 and 76, Serge, and I were looking at an apartment community for syndication. Serge is a rather smart guy, and he happens to live in Arizona, and Brian — well, as you know from those podcasts, Burke is not much good for anything when it comes to business and real estate — enough said.

I’ll write about this in more detail at some other time, as it is off topic for now. What’s on-point for this article, however, is for me to tell you that Serge is a straight shooter, which is why I listen carefully when he talks, and he said that I might think about cooling it on the blog; that I can be too edgy and too outwardly opinionated, in a judgmental kind of way, and I may be alienating folks. Well, what do you think? My article from last week, they tell me, is the most popular on the BiggerPockets Blog this month in terms of reads and comments. I didn’t hold back; I stated my perspective, and I started a conversation. Some agreed in a big way, while others disagreed equally passionately. People talked, and I may be wrong, but is that not the point?!

Related: How to Invest in Real Estate with No Money Down (4 Rules You NEED to Follow!)

A Note About Opinions

Opinions are like you-know-what: everyone’s got one, and BiggerPockets is no different.

However, if you’re a newbie who arrived at BiggerPockets four days ago and have stayed glued to the screen ever since, I bet by now you’ve begun to wonder how to pick out the best and most viable advice that you can trust out of everything that’s here, am I right? Well, there is a difference between that which is an opinion and that which is an educated opinion. An educated opinion, relative to all things real estate, comes out of experience — it is a function of putting the key into the ignition and turning it.

Unless you’ve thrown the thing into drive and hit the gas, unless you have perspective that only comes with failure leading to success, unless you’ve taken big punches and managed to get up, unless you’ve been told by idiots that what you want is impossible and how dare you even think of it, but you did it anyway — unless you’ve done that, you do not have the necessary perspective, and you don’t deserve to have your opinion heard.

Real estate, as any other market, operates in cycles. There are cycles relative to the market itself, the tenant base, the physical structure, and the lending environment. If you own no property, or even if you’ve bought 1, 2, or 3 SFRs in the past two years, you’re not qualified as someone who should talk cause you ain’t seen nothin’ — sit down and listen!

OK, I am about to help someone find a seat. But I’ve got to preface what’s coming by saying that I actually quite like this dude, and think that he is good for BP. However, he barked up the wrong tree, and now the tree is gonna spank him… ready?

With his article entitled “Investing With NO Money Down: Are You Ready for the Terrible Truth?” Scott Trench moved in on my dear friend Brandon Turner. Understand, if I needed to name a person, aside for my parents, whom I would trust to raise my kids should my wife and I be taken out, it would be Brandon Turner. This is how I feel about my friend Brandon, and nobody should expect to move in on him without full expectation of getting punched hard where it hurts!

Well, as you know, Brandon just came out with a book on creative financing, which in my opinion is a rather good overview of how you might go about purchasing investment real estate with no or little money down. You and I can have a discussion around whether purchasing this way is a good idea in and of itself and even have a discussion relative to whether every method discussed in Brandon’s book is viable. A discussion like that would be fine, and I am sure you would have some valid points that I would agree with.

However, this isn’t what Scott did — no buddy. Scott came out with a blanket statement that $0 down is not possible and is a terrible thing that you should never consider, and his article cannot be received as anything other than a sort of repudiation of the core underpinning of Brandon’s message. Big mistake! As I mentioned earlier, I …read more