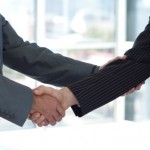 Back when I was in college, I had a class on negotiations, and one of the main projects was called “collecting no’s.” Basically, we had to get rejected 10 times. Each request had to be realistic, legal and to someone who didn’t know you were asking it as part of an assignment. The goal was to collect at least 10 “no’s” and write them each down and turn in that notebook.

The whole point was simply to break down the fear of rejection. Salespeople will sometimes talk as if they have to go through X number of “no’s” to get a “yes” based on what percentage of their leads they actually convert. So every “no” — while technically accomplishing nothing — psychologically feels like moving forward.

So, the idea of this assignment was, after failing to convince my roommates to move my furniture for me and the like, the fear of hearing “no” was eradicated from me.

The Fear of Rejection

Well, not completely. Getting rejected sucks, but generally it’s the fear of that rejection that’s the worst thing. I’m not talking about being rejected by a spouse or parent or someone really close to you, but in the smaller things. And with those things, it really shouldn’t matter if you’re rejected. This is particularly true for real estate investment. It may feel personal, but it’s just about the offer.

Related: The Top 5 Ways to Negotiate Major Discounts On Your Next Property

While it may be easy to tell yourself that it doesn’t matter if some seller rejects you, it’s a lot harder to actually feel that way. I certainly have by no means mastered this, but I can say it helps to consciously remind yourself beforehand of how little it will matter in a month (or in a week, or tomorrow for that matter, or in 10 minutes) if some seller gets offended because they think your offer is too low.

Imagine detaching yourself from the situation and seeing it as a third party, neutral observer. Take the emotion out of it, as well as the potential for hurt feelings or embarrassment. If they get offended or angry or reject you, who cares?

What would that third party observer think? Well, such a person would probably be bored out of their mind. Watching two people negotiate a deal you have no stake in (and aren’t trying to learn from) is about as interesting as watching paint dry.

And, of course, each time it gets easier. So keep at it, and that sense of calm during negotiations will come, at least to a large extent. At first, however, you will just have to accept the butterflies. I think it’s best not to try to overload yourself with various negotiating techniques and what not to do when approaching negotiating early on.

Instead, focus on the key components until you master them. And they boil down to two things:

1. Ask for what you want

2. Always be willing to walk away

The Two Key Components of Negotiation
1. Ask for What You Want

Earlier in the conversation, however, the seller had mentioned how her son needed a new cell phone. Well, my dad just happened to have an extra one (that he was going to give to me, by the way). All of a sudden, a solution appeared.

And she said yes.

This story obviously highlights the importance of building rapport, but it also shows how critical it is to simply ask for what you want. The offer was kind of ridiculous, but what was the harm in it? After all, my dad had reached his strike price, there was no going up, so if no creative (or ridiculous) solution could be found, the deal was lost.

I’ve heard many investors say that if you’re not embarrassed about your first offer, you’re offering too much. And there’s certainly a lot of truth in that much of the time. But a better way to think of it is this: just ask for what you want. In the case of real estate, that equals what you need to make it a good deal (with room to negotiate included, of course). If you’re afraid to ask for what you want, you’ll either pay too much or offer so close to your strike price that there won’t be any room to negotiate, and you’ll probably lose a few deals you would have otherwise gotten.

I’ve noticed time and time again that most things are negotiable and just asking, “Do you have any flexibility on price?” is all it takes to get at least some sort of discount.

So ask for what you want.

2. Always Be Willing to Walk Away

Sometime back, I was traveling in South America with a good friend of mine who is fluent in Spanish. My Spanish at the time was no bueno, so I was fairly reliant on him when it came to communicating with the locals.

I had somehow forgotten my sunglasses, and so we walked to buy some at one of the various shops. I picked up the pair and asked how much. The shopkeeper told me, and then my friend said (in English) to ask how much he would come down. He offered a token discount. Then my friend told me to set the sunglasses down and begin to walk away. So I did. The guy grabbed my arm and cut his price substantially. “Ask for more,” said my friend.

At the end …read more