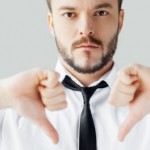 Recently, Brandon Turner made the case that increasing the minimum wage will help real estate investors, particularly landlords. I have no wish to pick a fight, as I think Brandon is basically the man.

However, I have to disagree with his thesis, and here’s why (and by the way, yes, I am a bit of an economics nerd):

It’s All About the Jobs

The big question is not whether people working at the minimum wage deserve a raise; it’s whether artificially increasing the minimum price level an employer and employee can legally agree to will price certain people out of the job market and increase unemployment. Most jobs aren’t currently affected, as very few even come close to the current federal minimum wage ($7.25/hour). In fact, according to the Bureau of Labor Statistics, only 4.3 percent of wage earners worked at or below the minimum wage, and most who “made up about half of those paid the federal minimum wage or less” were under the age of 25.

Still, some jobs will fall below that artificial line and basically disappear. For example, when was the last time you saw a movie usher?

Therefore, if the government artificially increases the minimum wage, the employer must pay more than the market rate. It quickly gets to the point where hiring a low skilled employee would actually cost the company money, and because of this the employer decides that instead of paying the mandated increase, he won’t hire at all (or he will make layoffs).

The first question that should come to mind whenever a minimum wage increase is proposed is “why stop there?” Instead of raising the minimum wage to $15/hour, why not $100/hour? At that level, everyone would be rich!

Well, at that level, the above theory becomes painfully obvious. Of course at $100/hour it would increase unemployment. Well, the only difference with lesser increases is that those effects are smaller and often on the margins. The fact that these changes are usually modest explains much of the recent pushback against the “classical” economic theory. This despite the absurd conclusions you reach if you take the opinion that the minimum wage doesn’t increase unemployment and then push that to its logical extreme, as with the $100/hour example given above.

So for example, what will be the effects on unemployment if the federal minimum wage is raised from the $7.25 to $7.35? The answer is “who cares?” It’s trivial. But again, that doesn’t change the general theory. Economists David Neumark and William Wascher explain this point further in their review of the literature,

“Our review indicates that there is a wide range of existing estimates and, accordingly, a lack of consensus about the overall effects on low-wage employment of an increase in the minimum wage. However, the oft-stated assertion that recent research fails to support the traditional view that the minimum wage reduces the employment of low-wage workers is clearly incorrect. A sizable majority of the studies surveyed in this monograph give a relatively consistent (although not always statistically significant) indication of negative employment effects of minimum wages. In addition, among the papers we view as providing the most credible evidence, almost all point to negative employment effects, both for the United States as well as for many other countries.“

Much of the controversy over the minimum wage started with a study in New Jersey regarding fast food workers that found no change in employment after a minimum wage increase. However, a re-evaluation of that study found it to be flawed and that in fact, the minimum wage increase “led to a 4.5 percent decrease in employment.” Furthermore, a study by the Congressional Budget Office estimated that increasing the federal minimum wage to $10.10 would cost 500,000 jobs, while a study from Jeffrey Clemens and Michael Wither estimates that “over the late 2000’s, the average effective minimum wage rose by 30 percent across the United States,” and that “reduced the national employment-to-population ratio by 0.7 percentage points.” That amounts to about 1.4 million jobs.

“…the studies that focus on the least-skilled groups provide relatively overwhelming evidence of stronger disemployment effects for these groups.”

As mentioned above, the young make up the majority of those who work at the minimum wage, and so they are the most likely to be affected by any minimum wage law. Economist Mark Perry provides a handy chart that shows that teenage unemployment rates are almost perfectly correlated with increases in the minimum wage. Check out the chart; it’s not a coincidence, folks.

And this is a bigger problem than just costing teenagers’ jobs; it cuts the bottom rung of the economic ladder out from under them. Returning to the paper by Clemens and Wither:

“We find that binding minimum wage increases significantly reduced the likelihood that low-skilled workers rose to what we characterize as lower middle class earnings. This curtailment of transitions into lower middle class earnings began to emerge roughly one year following initial declines in low wage employment. Reductions in upward mobility thus appear to follow reductions in access to opportunities for accumulating work experience.“

Finally, for those who like to point to Australia’s $15/hour minimum wage, I will simply note that Australia has a notoriously high cost of living, making its minimum wage have less of an effect. Furthermore, it doesn’t explain how countries like Germany, Sweden and Finland get by with …read more

The 3 Types of Articles Investors Need to Write for a Successful, Well-Read Blog

How to Compete for Investment Properties Against Realtors (and Win)