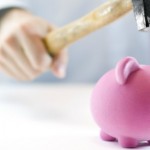 I’ve learned human nature is a stealthy double-edged sword. It saves us, while also sometimes sending us down the road towards the University of Hard Knocks. This is true for those who aspire to build a robust retirement income through astute investment in various vehicles of their liking. The overall list is long, but most folks opt for retirement plans with advisers guiding them through the jungle known as Wall Street. They like the idea of owning stocks, getting future dividends, and basking in the ultimate and impressive rise in value.

Or so the story goes.

Some like real estate in its various forms. Then there’s the discounted note crowd, who often began with real estate and wished to expand as a way to enjoy diversified and independent sources of income. Then there are those who like the idea of saving enough over the decades that they’re secure in the thought they won’t outlive those savings.

What we think we “know” can end up to be ruinous.

The Story of Leon

I’m reminded of a story I’ve oft told about Leon, a married family man in the mid 1960’s. He was offered a choice one night in his dreams. He could stop worrying about retirement and choose the absolute guarantee of a $21,000 a year pre-tax income at retirement, beginning at age 65. He was 30 in 1965, so that sounded pretty safe. In fact, since he was making the median household income of the time, $7,000 a year, to be guaranteed an income triple that amount was a no-brainer choice for him.

His alternate choice was to take the $5,000 it’d taken him almost 10 years to save and use some of it to invest in a duplex in or near his local neighborhood. That’d give him a decent beginning towards a 35 year plan, the goal being a terrific retirement income. It never crossed his mind that he’d ever be able to generate a cash flow equal to or, gulp, more than the guarantee offered as his first option.

We now know with the clarity of perfect hindsight that the second option would’ve made Leon worth at least a few million bucks over the 35 years he had to follow the real estate cycles. His cash flow very well might’ve ended up being far more than $21,000 a quarter, or more likely monthly. By the time he’d of finished the last of his 65th birthday cake, his wife woulda had their first retirement visit to Hawaii completely organized, which woulda been in their own island condo.

But without hindsight, can we not empathize with his decision to go with the guarantee? If you’re making the median household income now, as a family, would you go for that guarantee of triple your current pre-tax income at retirement? The current median is around $52,000 or so. Would you go for a $150,000 a year pre-tax retirement income right now? Leon did, and here’s how it turned out for him.

Related: How to Avoid the Most Common Reason Retirement Plans Fail

We haven’t dealt with day to day expenses, healthcare, other forms of insurance, etc., etc. Will he be destitute? Not even. Will he find himself living the life he envisioned back in ’65, when three times his salary sounded like living a life of pure luxury? Not even. My guess is he won’t need the relatively larger home at that age, though many of us opt to keep ours, if financially feasible. The equity available to Leon would indeed be a Godsend at that point in his life.

All of us know families exactly like Leon and his family. He’s about to turn 80. It’s a good thing he has a very loyal and loving family, cuz he has no other way to keep the house in good repair — or to cover any other expense that comes along. ‘Course, that expense came not long ago as his wife became ill, requiring daily professional care, the sort ya don’t find on Craigslist. Sure, they have the free n’ clear family home. But they’ve lived there for over half a century, and the even the thought of selling it, however solid the reason, crushes their spirit.

Certainly though, if push comes to shove, the few hundred grand available would make THE difference. All this to demonstrate that overall, whatever road we choose to travel on our trip to retirement, our choices are virtually always somewhat to extremely more critical than we may’ve perceived at the time. Don’t gloss over that statement, please. The idea when investing our hard earned capital towards the goal of creating a high income, secure retirement, is to end up with the most income possible, but without unduly putting ourselves and our future at imprudent risk.

Assume the retirement income you’re now doin’ your best to bring about has nothing whatsoever to do with today’s financial and economic realities. No matter how smart we think we are, we have no freakin’ idea about the world in which we’ll be residing 10, 20, or 30 years from now. Not a clue, and I mean that in the empirically literal sense. However, since we can only know today’s reality, and what recent and not so recent history has taught us, we can assume one thing:

No matter how much income we’re successful in creating, we must …read more

BP Podcast 100: The 1st Deal, Management Drama, and the Birth of BiggerPockets with Joshua Dorkin