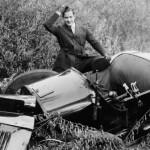 Sometimes this business gets tough. As real estate investors, we are oftentimes alone, pulling the triggers solo, making decisions that can sometimes make or break our businesses. With this said, it is always important to have a support structure, including mentors and experienced real estate friends with whom you can discuss ideas and potential deals.

In today’s post, we’ll be discussing 3 monumental failures that occurred in current real estate history, in no particular order.

George C. Parker was an ambition business man and real estate mogul in the early 1900’s living in New York City. Parker’s prestigious rel estate company sold many landmark properties, such as the original Madison Square Garden, the Metropolitan Museum of Art, Grant’s Tomb, the Statue of Liberty, and the Brooklyn bridge. Parker was certainly doing well for himself.

Many of Parker’s customers were other immigrants just arriving to the country and eager to invest. The only problem with what Parker was doing was that he did not own or represent any of these properties. Parker is still one of the most brazen con-men to have lived, oftentimes placing no more than a “For Sale” sign on the Brooklyn Bridge and waiting for his victims to come to him. He once sold the Brooklyn Bridge for $50,000.

Parker was sentenced to life in prison after his third arrest and conviction for fraud.

In 1975, the tallest building in Africa was built. This pinnacle of luxury, located in Johannesburg, South Africa, stands an impressive 54 stories high. In addition to being the tallest building around, the property also boasts a cylindrical shape with a massive atrium area in the middle, known as “the Core,” to let added light in for the luxury residence.

However, while the luxury was evident, the higher-end residents never came. Soon after the construction ended, gangs moved into the building, and the crime rate soared. More and more lower income households moved in, and during the 1990’s, the building was even considered a “high-rise penitentiary.”

In 2007, new owners purchased the building with plans to revitalize the area and remove the gangs. Plans were underway until the sub-prime collapse of the real estate market withdrew the needed funds to complete the project. The building was given back to the prior owners and currently sits in disrepair, a reminder of a once-great dream turned into an epic failure.

In 1975, at the age of 90, Jeanne Calmet signed an agreement with young, suave attorney named Andre-Francois Raffray. The agreement read that Raffray would pay 2,500 francs ($500) per month to Calmet for the rest of her life, with the condition that he would purchase her apartment home when she passed away, paying only what he had already given her.

The obvious benefit to Raffray is that he would purchase this elderly woman’s home for pennies on the dollar when she inevitably passed away in a number of months or years. However, time rolled by. Months turned to years, and years turned to decades. After 30 years of waiting for his apartment home, Raffray died himself, leaving his wife obligated to pay this $500 per month debt.

Jeanne Calmet went on to do the improbable. Calmet lived to be the oldest living person in recorded history, passing away at the age of 122 in 1997. The Raffrays eventually paid over $180,000 for the home, twice what the apartment was worth at the time.

A takeaway from these tales is that it is important to remember that we as real estate investors are here to help others, both buyers and sellers. Oftentimes, humans can be too money hungry to see past the harm we may knowingly or unknowingly cause others. For most of us reading this article, we have never made a deal that killed anyone, displaced a section of the population, or destroyed anyone’s life.

Stay busy everyday and know where you are headed.

And as always… love what you do daily.

Which of these stories captured your imagination? What tales of disaster would you add?

Don’t epically fail by NOT leaving a comment below!

The post 3 Entertaining Tales of Epic Failure in Recent Real Estate History is property of The BiggerPockets Blog. and is Copyright © 2014 BiggerPockets, Inc. All Rights Reserved.

Does Education Paralyze Us? An Argument for Action in Real Estate

The Abandoned Mobile Home Process: How to Obtain the Title