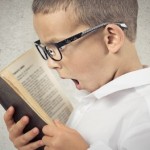 Over the years, I have made many mistakes on tenant selection. There is always value to a landlord education, even if provided by a tenant, and in the real estate game, the education can be very pricy. Almost all landlords have made similar mistakes, and it costs them dearly. Only the well capitalized or lucky landlords live to try it again.

One of my first rental investments was a couple of duplexes. I had one all cleaned up and ready to rent. Since I knew Section 8 was a guaranteed way to get rent, I figured “How can a landlord go wrong with that?” After all, most people are decent people and want to respect the property and the landlord. I quickly learned the hard way that tenants are not always that way.

One of my duplexes had quite a bit of work to be completed. The windows were rotted, the place needed carpet, and the built-in kitchen cabinets were from 1920. There was no shower, and the tub was like sandpaper, the finish had worn so much. I was preparing to get it rented when a nice young couple came to rent it with a couple of friends, a total of four people. They were migrant workers and needed a place to stay. I did not know anything about credit scores, background checks, or even what to look for if I had a background check.

They promised to rent the place as-is, and they would help painting so that they could move in that weekend. I received the rent in cash, and they moved in; and now there were six of them. That was two per bedroom, which was OK. Soon after, there were a few more, but the rent was always paid. Then a few more moved in. The unfinished basement had a few mattresses people were sleeping on, and each bedroom had three or four mattresses in it. I believe there were approximately 20 people living there at one point — I was never really sure. My 2-yd dumpster was completely full of beer bottles every week.

I always got the rent in cash — for about a year and a half. Then the work dried up, and they could not pay. After a couple of warnings, around mid-month I told them, “You all have to leave and cannot sleep here tonight.” They vanished by the morning. I had a mess and a lot of work to do.

Lesson: Always do a background check and know what to look for. Do not rent to people without social security cards, you cannot do a credit check without a SSN. Keep an eye on the number of occupants. Watch out for people who want to move in right away.

I had both the upper and lower units of a duplex rented via Section 8. I was amazed at how easy the program was. I passed the inspection without any difficulties, although I worried about the inspection for a month before it occurred. What if I fail? Will I let the renter down if they cannot move in and they are without a home? Lots of items were running through my head.

The renter moved in downstairs, and shortly thereafter her felon boyfriend did, too. They did not get along with the upstairs neighbor, and eventually the two neighbors filed restraining orders against one another. At the court date, both residents wound up in jail for fighting in the courtroom.

There was a day I was over checking on the laundry equipment and furnace in the common area of the duplex, and I saw a water leak. Not just any water leak — it was at least a gallon or two a minute leaking into the basement onto the cement floor and draining to the floor drain. I quickly ran upstairs and shut the water off under the sink. The kitchen sink stop valve was leaking profusely. I asked the tenant how long that had been happening, and he said, “Only for a couple of days.” Wow, thank goodness I had a floor drain.

While I was fixing the valve, I was making small talk with the tenant’s (unauthorized occupant) live-in boyfriend, and I asked if he was a football player in high school. He was a large person, built like a linebacker and was wearing a football jersey. He said he did play football and was going to be drafted to play in college, but he was shot four times and could not play anymore. He said it was a case of mistaken identity.

This was an eye opening conversation. He said he had two other brothers who were murdered, although one was ruled a suicide.

I grew up extremely poor, but I did not know anyone who was shot or murdered.

Lesson: Low credit score tenants do not care about your property; they can just move on to the next property. They have nothing to lose. Tenants with limited income may move extra people in to help pay bills, without even thinking it might be a lease violation. Whenever you think you have a boring life, talk to your tenants; you will realize how good you have it.

The upstairs Section 8 resident of my duplex wasn’t too bad, but could not ever seem to pay her portion of ~$50 a month in rent. She received her move-in deposit from the county. Every year or so, she would go to the county emergency …read more

What Yields a Higher Return: Selling Now, Selling in a Few Years, or Refinancing?