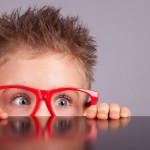 If you’re up on your real estate news, you’ve probably already come across the latest RealtyTrac article from Tuesday, which reports home flipping to be at its lowest level in Q3 2014 since Q2 of 2009. The data shows that 26,947 single family homes were flipped across the nation during the third quarter of 2014, accounting for 4.0 percent of all single family homes sales nationwide, which is down from 4.6 percent in the second quarter of 2014 and down from 5.6 percent in the third quarter of 2013.

The factors contributing to this dip are varied, but likely include:

Regarding the Denver market, real estate agent Rick Koentopp said, “The practice of flipping has become much more difficult. With an extremely active market, the inventory of candidates has dwindled. The appetite to do the flips is very strong, but it is harder to identify the properties. Many flippers have to potentially accept lower margins, which increases the risk that is involved.”

The Beginning of the End?

While some are hailing the beginning of the end for house flipping (see: “5 Reasons House Flipping Won’t Work Anymore“), here at BiggerPockets, home of self-proclaimed contrarians and big dreamers alike, our ears perk up at the words “won’t,” “can’t, and “shouldn’t.” We put on our creative thinking caps, search the blog, brush up on our podcast episodes, crowdsource the forums, scour our local markets, crunch the figures, and (if the numbers make sense), we make it happen.

How does the quote go?

“The greatest pleasure in life is doing what people say you cannot do.“

I’m not saying house flipping still makes sense in every market, for every investor — or that it hasn’t gotten harder to find the deals we could back in 2009 (when you could even find properties on the MLS that fit the house-flipping criteria).

What I am saying is that I’ve been seeing “the decline of house flipping” articles for a few years now, including BiggerPockets’ own “New Report: Is House Flipping Almost Dead?” and “Is House Flipping Dead?” — and yet, week by week, the success stories remain: in Podcast 96, Anson Young discusses flipping in Denver’s hot market, blogger Mark Ferguson covers the ins and outs of flipping ten properties at once in this article, and a cursory search of the BiggerPockets Forums uncovers this amazingly titled post: “Complete dump to freaking amazing in less than 3 months.”

So, while the rules may shift, and while the deals may be harder to find, let’s explore some of the reasons why house flipping isn’t necessarily dead, shall we?

What naysayers aren’t mentioning is that investors averaged a gross profit of $75,990 per flip on homes flipped in the third quarter of 2014, which represents a 36 percent gross return on the initial investment (not including rehab costs and other expenses). The average gross return was up from 35 percent in the second quarter.

“The record-high average profits per flip in the quarter demonstrate that flippers are still filling an important niche in an aging housing market with historically low levels of new homes being built,” said Daren Blomquist, vice president at RealtyTrac, regarding the uptick in house flipping profits.

“The most successful flippers are buying older, outdated homes in established neighborhoods and rehabbing them extensively to appeal to modern tastes.”

Which leads to our next point…

RealtyTrac’s study found that “homes built from 1930 to 1939 yielded a 53 percent gross return on investment for flips in the third quarter, the highest gross return of any decade going back to 1930.”

You may be wondering: But are older homes, even fixed up, all that attractive to buyers? Don’t youngsters want everything sparkly and new?

Perhaps surprisingly, an interesting study published this year by Realtor.org highlighting home buyer and seller generational trends found that younger buyers actually tend to prefer to buy older homes, accounting for a larger percentage the sales of homes built between 1912 and 1960 than any other age group and citing reasons such as “better overall value” and “more charm and character.”

But why should I cater to millennials? Aren’t they hesitant to buy homes?

The home buying trends for Millenials/Gen Y/Gen Next (no, I had not heard of this one, either) is actually on the rise, with those born between 1980 and 1995 accounting for 31% of homes sales, second to no other age group.

3. Foreclosure Filings are Up

October of this year saw foreclosure filings on 123,109 properties nationwide, including default notices, scheduled auctions and bank repossessions, a 15% increase from September. According to RealtyTrac, that’s the biggest month-over-month jump in foreclosure activity since March of 2010.

Due in part to lenders trying to liquidate their REO properties quickly, this trend has driven an increase in foreclosure auctions by 24% and in bank repossessions by 22% month-over-month.

Says Blomquist, “Discounted distressed properties have become harder to find, but a recent jump in scheduled foreclosure auctions could provide more fodder for flippers in the next three to six months.”

4. Some Markets Remain Strong as Ever

Am I saying you should pack up and move to Florida to flip houses? Not necessarily, although from a -12 degree Denver perspective, that doesn’t sound too shabby.

But as with most things real estate, successful house flipping is all about knowing your market. The house flipping environment in your area may not be at the top of real estate niches to tackle, but in certain areas, it’s still going strong.

Here are some figures from RealtyTrac’s study regarding local markets:

Metro areas with the most flips in the third …read more

The Slow Climb to Success: Why You Should Embrace Real Estate’s ‘Unsexy’ Side

3 Types of Paralyzed Real Estate Investors (& How to Overcome Inaction)