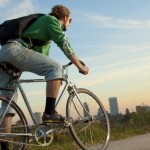 I’m 24 years old, and I’ll admit that I’m a little immature. I was a Frat Bro and Captain of the Rugby Team in college, and honestly, I probably haven’t changed all that much in a year and a half. I have an expensive social life, and in the last 3 months, I’ve spent thousands of dollars on things like ski passes, a ski-diving session, club sports dues, (unsuccessful) dates, and of course a little booze. I don’t regret that spending. I’d do it again. And I’m going to keep on doing it.

To start, let me note that I will end up making somewhere between $45,000 – $50,000 in 2014 pre-tax. That’s a ton of money for a single man. I also have no student loans. Having disclosed that, I’ll admit that a savings rate of 40% makes me nothing more than an apprentice at personal finance. But I will say that I find it interesting that most of my peers with even higher levels of income were unable to save anything, and some of them started in even better financial situations.

I didn’t save over $20,000 because I was some sort of financial wizard or because I was a cheapskate. I just think that I made a slightly-better-than-average choice in determining the “default option” for the three biggest expenses in a 20-something’s life:

My residence
My transportation
My diet

I design my lifestyle such that these three things, these three necessities, are as close to free as possible and such that I have no ability to change them except with long-term planning. As a result, I don’t have to really think about the financial impact of “fun” and frivolous spending because by default, I spend so little on these three categories that it is almost impossible to spend too much recreationally!

Related: The 5 Steps Necessary to Master Your Personal Finances

I think that these choices are repeatable for most 20-somethings, and I’d love to hear feedback on whether I’m over the top or not — I’ve heard it before.

3 Lifestyle Habits I Use to Better My Financial Situation
Habit #1: By Default, I Live in a Small Space

When I say “small,” I don’t mean that I live in a run-down, decrepit building. Until I moved into my duplex, I lived in a clean, well-maintained facility. It was fine — just not in the greatest location and not very big. And I lived with a roommate. Between these decisions, I spent less than 13% of my income on rent.

As a 24 year old kid, the physical layout, neighborhood, and size of the unit I live in is totally immaterial to my happiness, as is sharing that space with a friend. I wouldn’t want to spend a ton of time in ANY place that I lived in! I’d rather be out playing basketball, going to my club sport practice (still a rugger), biking, and just generally DOING.

In 2015, I plan to continue to live in my newly acquired (also very small — 1,433 sqft in both units combined) duplex, rent one unit out, plus half of the unit that I live in, and live for free. Not accidentally, this property is very close to both my workplace and downtown Denver. I believe that this purchase is the best possible investment in my future happiness and financial situation combined, and I think it is a repeatable strategy for many 20-somethings with similar objectives and a year or two of savings.

I really did a terrible job of commuting for the first half of 2014. I worked at a location that was 10 miles away from my apartment! I don’t know what I was thinking!

I don’t like commuting. I think it’s horrible; I hate traffic, and I don’t understand how we built a society around such a ridiculous concept. After reading this article by one of my favorite bloggers, I realized just how much this cost was kicking my butt. Assuming $0.50 per mile, my commute cost me well over $200 per month!

I had a twelve month lease at my apartment — moving was not an option — so instead, I started looking for jobs closer to home in March. It took me three months of networking and lunch meetings to finally luck into meeting Josh Dorkin and land this job at BiggerPockets (I know — I hit the jackpot). Maybe I got lucky, but BiggerPockets HQ was also 5 miles from my apartment. It wasn’t an accident that I was looking for work in the area.

Upon starting here in July, I bought a bike, pannier, helmet, gloves, and some lights to begin biking to work. I’ve biked almost every day since. I immediately noticed an improvement in my health, happiness, and productivity. And I’ve noticed the savings. I went from driving close to 750 miles per month (I’m appalled that I was driving that much and had no idea until I wrote this article and did the math — 9,000 miles over 12 months comes to 750 miles per month!) to less than 75 miles per month.

I can definitely do better. Because I’ve bought a duplex and now live close to work and the area I like to hang out in, I’m in the process of selling my car. I know that seems crazy, but I really don’t think it is. See, truly bad weather and long trips occur at most twice per month on average for me. On the rare occasions that I do need to travel long distances or through unreasonable weather conditions, I’ll take a cab.

My ability to sell my car is a direct result of planning my living situation around where I work and the things I enjoy doing. I simply don’t need to go very far for anything! I’ve yet to meet an unmarried 20-something who doesn’t have the ability to easily move within a …read more

What Yields a Higher Return: Selling Now, Selling in a Few Years, or Refinancing?