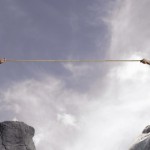 Having fun conversations all day is what consistently turns my work into play. Even on the frantic days, when at the end of the day I can feel my IQ begin to drop precipitously, these conversations remain as a fix for the shameless addict I am.

Every now and again, I run into a whippersnapper who is wicked smart — and disagrees with me. It rarely gets better than that.

This guy was plainly smarter than I am, and that’s not false modesty. I may be smarter than the average bear, but I promise M.I.T. never recruited me. Our discussion ended up in a very interesting debate about the relative merits of his company sponsored 401k, their generous matches, and me with notes inside a Roth envelop.

It was a fun debate, especially given this guy was still under 30 and already had amassed a hair under $200,000 in his 401. I liked him even more due to his clearly world class upbringing — highly respectful, without the superior attitude many youngins, including me at that age, bring to the table. A very cool guy.

It’s even better that he’s on the East coast and printing $1,000 bills at his job — wait for it — as a financial whizkid. He pays far more in income taxes than the median household gross income. And, boy, did he ever know his stuff, big time.

Let’s look at his position vs mine to see what’s what over the next 30 years.

A Comparison of Two Investment Approaches Over 30 Years

He says that since he gives about $16,000/yr with an additional company match of the same amount, that he’ll end up with a dump truck of cash at 60. (We agreed to round up from 59.5.) That’s $32,000/yr in the stock market. He says letting it ride has historically resulted in 7% average annual return, even counting all the crashes and bull markets. OK, I accepted that as the Lord’s truth.

Let’s see what happens in 30 years. Remember, he’s already beginning with a $200,000 balance, so I’m including that at the start. Here’s how I’m figuring.

Does that work for everybody? Cool, let’s get cookin’.

This shows that WhipperSnapper will indeed have kicked some clearly major league booty. He’ll end up with just over $4.5 million in his 401k, just in time to be able to take it out however he sees fit. He lives in New York, so the taxes will be onerous, to say the least.

Let’s say he continues getting 7%, which ain’t gonna happen, but let’s play pretend, ok? That yields a pre-tax annual income of around $315,000. Given the fact he’s paying taxes in one of the two highest income tax rate states in the nation, his taxes overall will be painful. Counting state and federal taxes, he’ll be billed for at least $100,000 a year, and those living in NY know already that I’m being generous. Sad, isn’t it?

This leaves our guy with approximately $215,000 a year in spendable after tax income. Better than a kick in the head, right? Who wouldn’t sign up for that retirement?!

But What if He Opted for My Approach?

In a nutshell, I proposed he blow up his 401k — IF the company would allow it. Some do, most don’t. That’s the reality. We’ll act here as if they allowed it. After all income taxes and penalty, even if spread out over 2014 and 2015, which would only be a week or two in this case, let’s assume he netted just half of his money, $100,000. He’s a W-2 employee, so a Solo 401k is outa the question. That’s too bad, seein’ that he would’ve been able to contribute so much more than a Roth IRA allows. For the sake of this post, I’m giving all the advantages possible to WhipperSnapper.

He now has his lousy after tax $100,000 in his Roth IRA. He can no longer contribute more than $5,500/yr. In the last 10 years, that will go up a whole $1,000. Woohoo!! His investment vehicle of choice will be discounted notes in first position, secured by real estate, and with warranties. We’ll use the bottom of the yield range, 12%. Even though it’ll be significantly higher than that when cap gains are realized along the way, we’ll assume those notes NEVER pay off early. Yeah, that’s a joke to be sure, but I’m tryin’ my hardest to make this comparison less brutal than a Christians vs. lions affair. If I’d included early payoffs, which would indeed be the case in the vast majority of notes, his actual annual yield woulda been somewhere in the 15-20%/yr range.

NOTE: For those somewhat unfamiliar with various terms, here’s what matters. I’m using a conservative 12% based upon “cash on cash” yield only. The formula used is simple: Cash flow received from note per year/price paid. So, if his Roth paid $100,000 for a note and received $12,000 a year in payments, his “cash on cash” yield would then be 12%. The capital gains would come into being if any note paid off before it amortized itself to zero. That happens, as I said earlier, most of the time. However, I’m not incorporating that into this comparison, at least at first. I’m assuming every single note his Roth buys will simply make payments to the Roth ’til it’s paid.