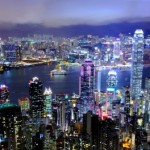 Just the past week, I traveled to three major cities in the Southeastern part of China: Macao, Shenzhen, and Hong Kong. I have previously lived in Shenzhen as a child and have visited both Shenzhen and Hong Kong in 1995, 2001, and 2007. It was my first visit to Macao. Nevertheless, the main focus of my trip, like my previous ones, was to eat cheap, authentic Cantonese food, which sadly rarely exists in America.

However, this time, the foods I was eating weren’t so cheap anymore. Furthermore, they didn’t taste as good as the food I’ve had in the past.

I blame it on inflation.

The Effects of Inflation

Interestingly, in these three cities, we see the effects of inflation caused primarily by real estate. Often, we attribute the CAUSE of inflation to other things. For example, all central bankers around the world are calling for inflation. They believe the way to achieve such inflation is printing a ton of money and penalizing savers by making their deposits earn nothing (so far, I wouldn’t really say they are doing a good job because the true economy hasn’t really recovered). The true aim in central bankers’ drive for inflation is to wipe away government debt – not spurring the economy as they so often claimed. With inflation, the government (and also whoever owns debt) gets to benefit.

Related: An Overview of Real Estate in China – Scratching the Surface

On the other hand, because the financial markets in China haven’t fully developed into a globalized system as a whole, and because it is in the Chinese culture to own real estate, much of the newly earned money in the past decades has been plowed into real estate. And because land has been so limited in these three cities, the real estate prices have been skyrocketing to unimaginable heights.

So with obscene real estate prices, what do you think these new owners want?

And with higher rents, what do businesses and renters need?

Businesses need to keep raising their prices; otherwise, they’d have to shut down. Or worse, they try to save costs by using inferior ingredients, the cause of many recent food scares. Employees now demand higher salaries because everything they earned couldn’t pay for the same stuff before and now they needed to pay higher rents to live. In those three cities, it is common to hear workers paying more than half their salaries just to pay for rent. And what about the elderly who are on a fixed pension? What will they do now?

A Rush to Buy Property

As a result, many people there are in a rush to buy properties (if they can afford it) because they fear it will only go up if they don’t buy it now. Resources from entire families are pooled together to put a down payment for a tiny apartment for the future generation. Women are expecting men to own a property before considering marrying them. And those who managed to buy have to scrape and save in order to get by. With cost of living so high, how are the locals expected to live?

So life has been difficult for the younger generation in those areas because of the high costs of living. I am fairly certain if those protesting at Occupy Central in Hong Kong were given a choice between democracy and 50% cheaper housing, they’d gladly pick the latter.

But who got to benefit?

The beneficiaries of this inflation were the landowners and people who already owned real estate. Out of the massive inflation, many new riches were the Chinese people who bought real estate and held land many years ago, when it was still cheap. In fact, in Shenzhen, a big metropolis in China today, some fishermen who held on to their land became multimillionaires today. They are the ones who are spending all the money on handbags and cars and all the luxury stuff. Perhaps some were lucky, but some were smart. Nevertheless, holding onto real estate can help protect you against inflation. You may have to pay more for food and services, but hopefully, with a piece of real estate, you can protect yourself from an increasingly rising housing expense.

The post What Investors Should Know About Real Estate & Inflation in China is property of The BiggerPockets Blog. and is Copyright © 2014 BiggerPockets, Inc. All Rights Reserved.

Think Like a Buyer: Foolproof Tips for Selling Your Next Property, Fast

How to Protect Your Investment Property Against Unethical Property Managers